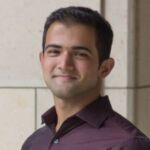 Hassan Karaouni is one of the 11 winners of an Oculus Launch Pad scholarship for his project My: home, which allows people to share 360 videos of locations that are meaningful to them. In my Voices of VR episode about Google Earth VR, I talked about how the principle of embodied cognition explains how our memories are tied to geographic locations. But right now Google Earth’s resolution at the human scale is really uncanny, and you can’t go inside.

That’s where Hassan’s project tries to fill the gaps by enabling people to share 360 videos of places that are meaningful to them, while being able to navigate between them using a model of the Earth. This is quite an intimate and effective way to get to know someone, but it’s also the type of content that’s going to be a lot more meaningful to the creators in 10-20 years from now because it is so effective at evoking memories.

Hassan Karaouni is also one of the co-founders of the Rabbit Hole VR student group at Stanford. They’ve held a number of events, and have deep philosophical discussions about how VR can impact human life and the human condition. So Hassan and I go down the rabbit hole in this episode by exploring the deeper philosophical implications of simulation theory and our relationship to fate and free will. In the wrap-up, I talk how a recent sci-fi film helped me gain some more insights into the differences between chronos and kairos time and how a VR experience is a non-linear portal that tips the balance towards creating more kairos time type of experiences. ‘I AM A MAN’ Puts You at the Heart of the Civil Rights Struggle, Now Available on Rift