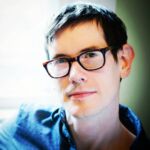 Any good design framework will provide tradeoffs and equivalence classes, and making sense of the underlying patterns of reality is both a scientific, mathematical, and philosophical venture. VR/AR as well as AI are experiential technologies that are catalyzing new paradigms and new models for how we’re making sense of our world and our experiences, and this episode will see what kind of insights can be gained by analyzing a variety of different philosophical approaches for describing the human experience.

I had the opportunity to give the open keynote at Design Reality’s Immersed Conference in Portland, OR on April 23, 2018, where I gathered more visual metaphors for thinking about experiential design. I introduce some concrete metaphors from Chinese Philosophy & Natural Philosophy that are helpful in thinking about time, the different qualities of experiences, but also the natural rhythms that unfold through the constant fluctuation through polarity expressions of yang and yin energies.

I talk about the differences between Kairos Time vs. Chronos Time, and how VR is cultivating a more yin and subjective understanding of time. I also recount how the four elements from natural philosophy can be used as an experiential design framework for VR & AR with mental and social presence (air), active presence (fire), embodied & environmental presence (earth), as well as emotional presence (water). I recently expanded on how Chinese Philosophy concepts of the yin and yang can be applied to immersive & interactive stories with the authorial control of the story that will be received (yin) versus how the participant can participate, interact, and change the direction of the story (yang). Finally, I cover some of the philosophical implications of VR, as well as how the Quine Putnam Indispensability Argument in the Philosophy of Math argues for the ontological reality of mathematical entities within Platonic realms, as well as some of the open questions around the nature of consciousness.

I recommend watching the video of this presentation as there are a lot of visual metaphors contained in the slides, but there is a bit more discussion and unpacking of concepts that are in the podcast version.

This latest keynote presentation is a continuation and refinement of previous talks, and so here are the links to the previous elaborations of these ideas: