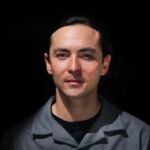 Danfung Dennis of Condition One has an ambitious vision for the potential of virtual reality, and it’s one of the most radical ones that I’ve come across. He believes that VR can be used as a tool to cultivate compassion through having an embodied experience of witnessing suffering within VR. He says that the process of witnessing suffering can be used as a type of advanced Buddhist mind training to focus your attention, contemplate on your visceral reactions, and grow compassion through taking action. These brief VR experiences have the potential to impact day-to-day consumer decisions that people make, which can taken collectively could radically change the world.

I know that this is possible is because I had one of the most powerful reactions I’ve ever had from watching Condition One’s Fierce Compassion / Operation Aspen VR experience. This live-action, cinéma vérité VR experience shows animal rights activists breaking into a factory farm to perform an open rescue and document the horrendous living conditions of Chicken in cages. It’s a guided tour of the many untreated heath ailments and barbaric conditions that are common in these types of industrial-scale factory farms. Having a direct embodied experience and bearing witness to this suffering had such a powerful impact on me that I vowed to never purchase anything other than cage-free Chicken eggs.

Condition One has also been producing guided meditations that are designed to be watched after experiencing some of their other animal rights experiences. Factory Farm is the most graphic and intense experience I’ve ever had in VR in that it shows the slaughter of two pigs as they go through a factory farm in Mexico. After witnessing this horrific scene in VR, I can why Paul McCartney once said, “If slaughterhouses had glass walls, everyone would be vegetarian.”

Condition One has also been tackling larger issues like global warming in VR> They produced the Melting Ice companion VR piece to An Inconvenient Sequel, which is a follow-up film to Al Gore’s An Inconvenient Truth. The An Inconvenient Sequel film lays out all of the latest science as told through the personal narrative of Al Gore, and the VR experience doesn’t attempt to delve into that much depth of the science. Dennis pulled back a lot of the narrative and story elements and just focused on trying to create an embodied experience of transporting you to locations of melting ice as large chunks fall off the side of cliffs, the cracking sound of steady dripping, but also entire rivers of melting glaciers cutting through sheets of ice. One of the challenges with complex topics like global warming is that it’s very difficult to provide a singular embodied experience in VR that tells the entire story of the systemic causes of global warming. Standing on melting ice that’s disappearing at an accelerated pace due to global warming is as good of a experience as any, but it’s still difficult to tell that entire story within the confines of VR. So rather than convey the science of it all, Dennis decided to take a more contemplative and Zen approach of creating an sparse experience with limited narration in order to cultivate a direct experience with the sounds and visuals of a rapidly changing part of the planet.

Dennis believes that VR has the potential to be tool that can inspire humans to cultivate compassion by taking actions that relieve suffering. He’s interested in creating VR experiences that allow us to witness the suffering in the world, and that ultimately help us to expand our sphere of compassion beyond just our immediate friends, family, and pets to eventually include all sentient beings and the planet earth. These embodied virtual reality experiences stick with us in a deeper way, and become a part of our memories as we are making decisions of either continuing to participate in a system of violence or choosing more sustainable and ethical options that cultivate compassion and takes into consideration the impact on the next seven generations.