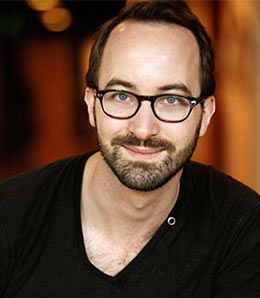 Oculus Story Studio has been exploring VR storytelling through a series of short narrative experiences starting with Lost and Henry, but they wanted to push the envelope of immersive storytelling with their next short titled Dear Angelica. They developed a new content creation tool called Quill that enables artists using Touch to create immersive illustrations and animated stories entirely while being enveiled in VR. It was announced that it was going to be released sometime at the end of January when Dear Angelica premieres at Sundance.

I had a chance to catch up with Saschka Unseld at Oculus Connect 3, who is the creative director of Oculus Story Studio as well as the writer and director of Dear Angelica, to talk about Quill and the intention behind their next cinematic VR experience.

Quill is like a mix between Adobe Illustrator and Adobe After Effects in that there are 2D vector brushes that have a bit of motion graphics flare. This gives the “quillustrations” their own distinct feeling that is very unique to the VR medium. It’s more like stepping into a surrealistic dream or through someone’s impressionistic memories that really come alive when you are co-present with them. There’s also a lot of dynamic movement as the environment and you watched characters drawn and constructed line by line.

Unseld says the studio’s intention with Quill was to create a ‘non-opinionated’ tool that feels more like the style of the artist that rather the tool. The closest analogy in the VR world is probably Tilt Brush, which also uses 2D vector-like brushes. But Tilt Brush takes a much more opinionated approach with their highly-stylized brushes, and so it’s often easier to tell that it’s a Tilt Brush creation rather than who the artist who created it.

The advantage of a tool like Tilt Brush is that it’s a lot easier for non-artists and casual creators to make something that feels amazing, just from the sheer joy of being able paint with light in 3D for the first time ever. But with Quill, it’s going to be a lot harder for non-trained artists to pick up the tool and feel like they’re the next Picasso. It’s more of a blank slate, and will require more of a learning curve for each artist to be able to fully express their style.

Oculus Story Studio has also been collaborating with comic book artists to be able to empower them to create immersive VR art, but also craft an entire story within VR using Quill’s storytelling engine. Dear Angelica is the first proper film/movie/VR narrative experience to be created with Quill, but it’ll be interesting to see more independent artists start to use the tools to craft the stories that they want to tell. Until then we’ll have to wait until Sundance in January before they release the tool more widely and start talking about other projects that are being created with it.