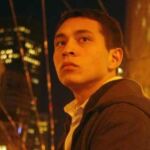 For the past three years, Cris Miranda has been taking VR pioneers down the rabbit hole of thinking about the deepest philosophical implications of virtual reality on his Enter VR podcast. He has been seeking out the boundaries of our understanding of reality through these conversations, and much like Elon Musk concluded a few weeks ago, Cris has concluded that it’s most likely that we’re already living within a simulation.

I had a chance to sit down with Cris at the Silicon Virtual Reality Conference to explore some of these deeper thoughts about the nature of reality through simulation theory, our predictions for the future of VR, how artificial intelligence will be dismantling the structures of society, the role of VR in cultivating empathy and shared realities, and the overall information war over what the story of reality is and whether we’re going to take control over our own destiny or let someone else define it for us.